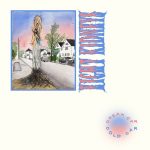 I’ve got 6 and 6 and 6.
6 favorite albums
6 favorite movies
6 item Mike Watt list
It’s new if it’s new to you! As Watt himself would say.
It felt new to be back at the movies this year, which was great, and overall I’m feeling optimistic.

While I have you here… I made a record, which I’m self-releasing on Bandcamp at the end of January. Don’t worry, it’s not a metal record! If I absolutely had to, I would describe it as experimental ambient electronic jazz.

You can check it out here: https://eightkidneys.bandcamp.com/releases

6 item Mike Watt list
1. California Split, Robert Altman film from 1974
2. None So Vile, album by Canadian death metal band Cryptopsy from 1996
3. Climate of the Hunter, Mickey Reece film from 2019, nominally “horror” but really just thrillingly odd, hard to classify
4. Revenge, insanely heavy Canadian black metal band; album titles like “Scum.Collapse.Eradication” should give you an idea of what you’re getting into and whether you’re even interested
5. First Cow, Kelly Reichardt film from 2019/20; much anticipated but missed due to theater lull… well worth the wait
6. Is It In, Eddie Harris record from 1975; title entendre hammered home in cover illustration of electric plug entering socket; mischievous and funky fusion type stuff, very textured and tonal