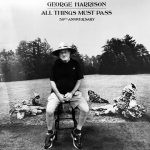 My POOP DISC-CLAIMER (disc-lamer?): My re-emergence into the world in 2021 apparently affected my music habits. Compared to never-again-please-2020, I found less of a need to seek refuge in music this year, spending less time in front of my computer and my stereo and more time taking baby-steps into the old world. I may not have seen any live music under a roof but I did routinely go to the supermarket, some record stores, the wine shop and, best of all, visit with my kids and my friends. And then I listened to some music after that. And as per usual, the music I kept returning to was mostly retro in one way or another. More than half of the titles on my list are in some way a look-back at something. The present ain’t what it used to be.

Buy New or Used via Amazon    Rent via iTunes [?]
1 – ALLISON RUSSELL – Outside Child
The main story here is that Allison Russell can sing about her uniquely abusive childhood and still create a work of such beauty. There could easily have been no winners in her story but her strength, her resilience and her ultimate redemption have ennobled her, yielding a stunning album. The liner notes and lyrics are essential to fully take in all she has to offer (resist the download).

Buy New or Used via Amazon    Rent via iTunes [?]
2 – GEORGE HARRISON – All Things Must Pass (50th Anniversary Edition)
I’m one of those people who’ve always liked Phil Spector’s original production. I have to say though that the new remix is amazing and revelatory, an entirely different record. Yes, the wall-of-echo production’s been dialed back a bit but this remix has resulted in an equally (and altogether differently) dense sound. I hear things I’ve never heard before, not only because of the new clarity but because some buried instruments and vocals have been brought up in the mix (for instance, guitar parts in “What Is Life” and “Wah-Wah” that were always there). The diminished echo makes some of the uptempo songs sound almost Derek & the Domino-ish, and they sound brand new and incredible for it. It takes a truly, truly great album that can yield two entirely different amazing records.

Buy New or Used via Amazon    Rent via iTunes [?]
3 – ROBERT PLANT / ALISON KRAUSS – Raise the Roof
Releasing their first album in fourteen years, Robert Plant and Alison Krauss have no business sounding this good together, but the differences and incongruity of their backgrounds and their voices are the key to this record. Plant’s weathered voice and Krauss’s angelic timbre somehow manage to meld and create a singular unique voice. I hope I’m around for their third album in 2035.

Rent via Amazon    Rent via iTunes [?]
4 – SUSANNA HOFFS – Bright Lights
Susanna Hoffs’ music has never strayed far from her 60’s influences and here she dives straight into covers from the 60’s and early 70’s (of Emitt Rhodes, Richard Thompson, Nick Drake, The Monkees, Syd and others). I decided to create my own ‘deluxe edition’ by adding another 10 covers from miscellaneous sources (We Five, Zombies, the ever-timely “To Sir with Love” and others). Inspired song choices and wonderful arrangements throughout.

Buy New or Used via Amazon    Rent via iTunes [?]
5 – THE WHO – The Who Sell Out (Super Deluxe Box)
The Who Sell Out and My Generation have forever alternately been my two favorite Who albums. So to me, a 5 CD box is not overkill, especially since all the extras are fascinating and illuminating (paying $135 for this box would have been overkill but down-stealing it . . . not so much). Incredible sound as well. THIS is what’s for tea, daughter!

Buy New or Used via Amazon    Rent via iTunes [?]
6 – ELVIS COSTELLO & THE ATTRACTIONS – Spanish Model
I was pretty open to the idea of Spanish-language singers re-creating “This Year’s Model,” particularly since it remains my favorite Elvis C album (and being pretty lukewarm to everything since “Blood and Chocolate”). No entiendo Espanol but I do entiendo hot music created with the original Attractions’ backing tracks, albeit slightly re-mixed and tweaked to sound downright nasty. Who said there’s no action?

Buy New or Used via Amazon    Rent via iTunes [?]
7 – LINDSEY BUCKINGHAM – self-titled
Maybe not so ironically, Lindsey Buckingham gets fired from his previous job and then goes his own way to produce an album with many of the flourishes of the very best Fleetwood Mac records.

Buy New or Used via Amazon
8- THE SMALL FACES – Live 1966
This is a live show recorded in a small club in Belgium just as the Small Faces were on the cusp of big things (and only three weeks after their debut single was released). R&B ravers and covers by a band still trying to prove itself but clearly in possession of the goods to do so. Beautiful artwork in the style of their early Decca records provides icing on the cake.

Rent via Amazon    Rent via iTunes [?]
9 – THE 79rs GANG – Expect the Unexpected
The 79rs Gang are Mardi Gras Indians with a couple of twists. One is that the two chiefs are from rival tribes, joining forces here in a paean to, er, joining forces. The other is that they borrow some of their stylings from hip-hop, expanding the usual terrain of the iconic Mighty Cooty Fiyo. From 2020.

Buy via DiscJapan
10 – THE ROLLING STONES – Fully Finished Studio Outtakes: Volume 1ˑ2ˑ3
Nearly 4 hours of (mostly) fully realized tracks in damn near perfect quality, spanning 1966-1998. Apparently some of the 50 songs have been booted before but not collected like this. This pretty amazing collection can be found online; Down the Load Apiece.

11 – VARIOUS ARTISTS – Choctaw Ridge: New Fables of the American South 1968-1973
A cool and diverse collection of three minute novellas by 24 of the best C&W storytellers. Pass the biscuits please.

12 – NICK WATERHOUSE – Promenade Blue
Nick Waterhouse is as retro as retro gets. He creates his own early 60’s soul and pop vibe with hook-filled songs and arrangements and an airtight band. His somewhat nondescript vocals turn out to be the weakest link, oddly enough.

13 – AIMEE MANN – Queens of the Summer Hotel
Always an astute observer of human nature and a master at wordplay, Mann takes us on a sometimes bleak journey into the many faces of mental illness, using character sketches of people on both sides of treatment. Gorgeously textured and orchestrated, this record creates its own 40 minute world to get lost in.

14 – VARIOUS ARTISTS – Party for Joey: A Sweet Relief Tribute to Joey Spampinato
Spampinado’s NRBQ was a loosey-goosey, ever-tuneful, joyful and fun band. His friends re-conjure the magic of his music and raise money to support his medical expenses at the same time.

15 – THE GRIP WEEDS – Dig
Listening to songs by the Grip Weeds has always been a game of ‘spotting the influences.’ The guesswork has been removed on this record of pretty cool covers of some pretty cool songs. The deluxe edition has eleven additional morsels.

17 – VARIOUS ARTISTS – Slight Disturbance in My Mind: British Proto-Psychedelic Sounds of 1966
1966 was a transitional year in music and remains my favorite year in rock history. This collection captures the spirit of Revolver, the Move and countless others in their nascent attempts to expand the parameters of the pop song. A 52 page book accompanies the 84 tracks (a 2020 release).

18 – NEIL YOUNG – At the Canterbury House: Ann Arbor 1969 and Way Down in the Rust Bucket
Including fan club releases, Young released at least six albums this year, my favorites being the live acoustic show from the Canterbury House in 1969 (a fan club release) and one official record live with Crazy Horse in 1990. The Canterbury show was a one-off during an early CSN&Y tour where the audience barely knows “Down by the River” (Neil is still selling these songs to the crowd unlike on the official 1970 Carnegie Hall show where an adoring audience can’t get out of its own way). The Rust Bucket set is Neil and Crazy Horse at their very best. I didn’t much care for Neil & Crazy Horse’s brand new “Barn” album this year; I obviously prefer my Neil young.

19 – RHIANNON GIDDENS (with Francesco Turrisi) – They’re Calling Me Home
This stark, barebones record failed to grab me on the first couple of listens . . . until it did. A quiet, intimate record where you can almost hear the stone walls of the room it was recorded in.

20 – VARIOUS ARTISTS: The Problem of Leisure: A Celebration of Andy Gill and Gang of Four
The slashing, propulsive guitar beats and angular punk/funk employed by the Gang of Four forty years ago are apparently still alive and well as these new versions of GoF songs prove. Undamaged goods. 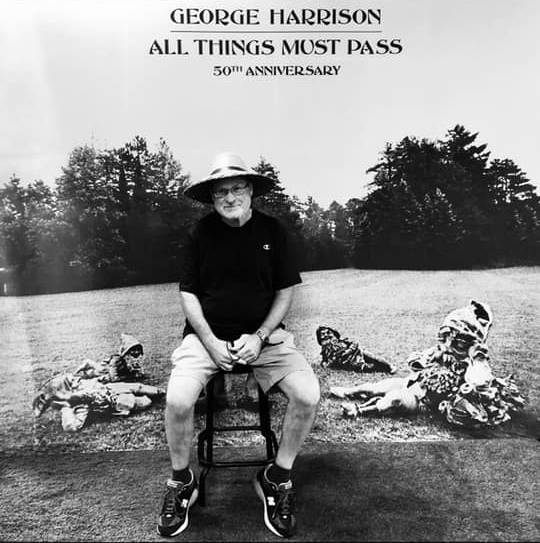