My POOP DISC-CLAIMER (disc-lamer?): In this year like none other before it, writing a list about fleeting things like music feels pretty trivial. Still I welcome the distraction it provides. Thinking about things that excite me is so much more agreeable than dwelling on the Trumpster Fire that currently is this nation. So, for what it’s worthless, I toss out my POOPlist to you like rolls of paper towels, knowing it will provide about the same amount of balm.

Buy New or Used via Amazon    Rent via iTunes [?]
1 – JIM LAUDERDALE – London Southern
Using Nick Lowe’s wonderful combo, Lauderdale delivers 12 doses of exquisite, deep Southern country-soul. This is the record I kept returning to for most of the year, 40 minutes of near perfection whenever I desperately needed it.

Buy New or Used via Amazon    Rent via iTunes [?]
2 – JD McPHERSON – Undivided Heart & Soul
J.D. McPherson has dipped into so many retrosounds that he’s managed to invent an altogether new one.
As derivative as he might be, he comes out the other end as a true original.

Buy New or Used via Amazon    Rent via iTunes [?]
3 – THE REPLACEMENTS – For Sale: Live At Maxwell’s 1986
Twenty-six years after the ‘Mats played their last drunken chord, they return with this rambunctious document of one of their best shows, recorded in an iconic venue. This record captures them at their raucous, creative best and is as good as anything they released during their lifetime. Color me impressed.

Buy New or Used via Amazon    Rent via iTunes [?]
4 – DION – Kickin’ Child: The Lost Album 1965
I’ve always thought “Abraham, Martin and John” was a pretty hackneyed attempt at relevance but this record, recorded three years earlier, has a pretty good read on the folk-rock that was just starting to blow in the wind. It’s 1965 and Dion brings it all back home.

Buy New or Used via Amazon    Rent via iTunes [?]
6 – LINDSEY BUCKINGHAM / CHRSTINE McVIE – self-titled
My two favorite Mac-sters join forces in an album that contains not one surprise. They don’t so much go their own way as they harken back to the guitar pop they’ve always done so well. As before, they make music fun.

Buy New or Used via Amazon    Rent via iTunes [?]
7 – RHIANNON GIDDENS – Freedom Highway
Rhiannon Giddens continues to use her gorgeous voice, her radiant charm and her historical scholarship to document the history of African-American music. This album connects the dots between slavery, the Birmingham church bombing, Black Lives Matter and a certain elephant currently in America’s room.

8 – ROLLING STONES – On Air (Deluxe Edition)
ROLLING STONES – Past Masters
These two albums of 1963-1965 recordings remind me how lucky I was to be a hungry preteen when music first started synthesizing scruffy white kids with guitars and their rough-hewn black progenitors, all confessin’ the blues. The first album features many unrecorded songs from the BBC while the second features seldom heard unreleased pre-LP songs.

Buy New or Used via Amazon    Rent via iTunes [?]
9 – PHIL OCHS – Live In Montreal, 10/22/66
In this concert appearance from 51 years ago, a genial Ochs displays a relaxed and predictably cynical repartee with his audience, illuminating the absurd goings-on of the times. Recorded 10 months before Pleasures Of the Harbor and featuring many of its still unheard songs, I got to vicariously hear these songs for the first time all over again. The liner notes, written in December of 2016 and entitled “What Would Phil Do,” connect Ochs’ 60’s politics with America’s present tenuous state of affairs, drawing the conclusion that surprisingly very little has changed. There but for our misfortune . . .

Buy New or Used via Amazon    Rent via iTunes [?]
10 – KACY & CLAYTON – The Siren’s Song
On their Tweedy-produced third album, the Saskatchewan duo continue their haunting electric folk. Kacy’s singing might suggest Sandy Denny but she really is her own singer. Their rich, insightful poetic musings are sometimes hard to make out so be prepared to consult the lyric sheet for the real reward. Perhaps the loneliest couplet ever put to music: “There’s two types of people living in this galaxy / Everybody else and me.”

11 – CHRIS HILLMAN – Bidin’ My Time
This record offers 12 helpings of the jangly country-folk that Hillman helped create half a century ago. Produced by Tom Petty, one of Hillman’s musical godchildren.

12 – PETER PERRETT – How the West Was Won
The founder of the immortal Only Ones, who once claimed to be “in love with extreme mental torture,” returns post-heroin to the darkly romantic themes that made his old band so wonderful. “I didn’t die, at least not yet,” he sings on this return to form (and his return to the living). Full disclosure: I once thought the line was “I’m in love with excremental torture.”

14 – VARIOUS ARTISTS – Listen To the Bands: Twenty-Five Monkees Cover Versions
I know, I know, a Monkees tribute is actually just a tribute to some of the 60’s best songwriters but that’s okay. Ultimately, this proves that the Prefab Four, or their puppeteers, knew their way around good pop songs.

15 – KORINYA: UKRAINIAN FOLK BAND – Zemlya
The group name says most of it. This is an immensely talented, young family band “celebrating the culture of our grandparents.” It sounds pretty much like what I imagine Ukrainian village traditional music to be, except that they live about 5 minutes from me in a New York village. They’ve occasionally played locally and but they are much more traveled than that.

16 – LOS STRAITJACKETS – What’s So Funny About Peace, Love and . . . Los Straitjackets
I like everything Nick Lowe has ever done and I think I can say the same for Los Straitjackets. So as they salute him, we’re left with a record by, er, half a boy and half a band.

17 – ROBERT PLANT – Carry Fire
I’ve never been much of a Led Zep fan but I’ve enjoyed the latest act and the last few years of Plant’s career. There’s not much of a voice left there but I like what he does with it as he forays into weird, atmospheric Americana.

18 – VARIOUS ARTISTS – Thank You, Friends: Big Star’s Third Live . . . and More
This live re-creation sounds much less experimental today than the original did . . . or music has caught up with Chilton’s original vision. A Who’s Who of Alex’s Children pay their homage. Honorable Mention: the Alex Chilton Birthday Party show at the Beverly Lounge in Kingston, NY back in December.

19 – PETER CASE – On the Way Downtown: Recorded Live On Folkscene
Two radio broadcasts, from 1998 and 2000, that capture Case at his very best in stripped down acoustic performances, both with stellar sound.

SPECIAL MENTION
THE BEATLES –Sgt. Pepper’s Lonely Hearts Club Band (Anniversary Edition)
THE BEACH BOYS – 1967: Sunshine Tomorrow (Wild Honey, Smiley Smile sessions and more)
The sonic improvements made to each of these merit their inclusion here. Both groups weren’t half-bad
either. Unparalleled music made even better. 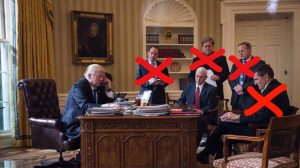 I need two more for Bingo