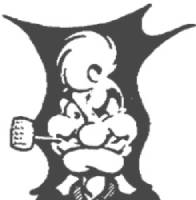 Well the good thing was that at least we stopped (some of) the crazy. But TFG’s minions are still hell-bent on further trying to destroy the country by opposing any measures to control the virus that his incompetence caused to be spread everywhere.

At least concerts and movies have been making a comeback, although tentatively. I’m still not into exploring the recordings of new artists and groups, but what the hell, I can still provide a Poop list based on a bunch of oldies but goodies.

So here’s some stuff that I got into this year:

Loved me some music films this year too – great to see them in actual movie houses:

?Questlove’s Summer of Soul at Upstate Rhinebeck
Edgar Wright’s The Sparks Brothers at the Poughkeepsie Galleria
Todd Haynes’s The Velvet Underground at the Bardavon
Richard Peete & Robert Yapkowitz’s Karen Dalton: In My Own Time at Upstate Saugerties (with a brief Peter Stampfel set)

Been enjoying gigs in person too – special props to venues who *actually check for CDC vaccination cards* as opposed to those say they will but don’t:


Finally, I was too disappointed with The Specials Protest Songs album to include it in my list mainly because it was *not ska!*. But I somehow ended up with a Czechoslovakian pressing of the CD with 2 bonus live cuts which I do like. From the parting words on the live cuts: “Beware of the New World Order: Donald Trump, Boris Johnson, and Simon Cowell”