With the pandemic and lockdown essentially gutting the concert industry, and even record stores shuttered because they were ‘non-essential’, my sources for new music / inspiration were muzzled. What to do? Well, I decided to immerse myself in my collection, to revisit and investigate things that had kinda fallen into disuse for one reason or another. I would think that this audience wouldn’t be interested in me writing about revisiting my collection (or, you can go back and read my past PoOp posts thanks to Zip’s website). But, wouldn’t ya know, I couldn’t absolutely avoid listening to new stuff. Even if it was just new releases from my old favorites, or maybe even their sons and daughters. And eventually, there have been some gigs that started opening up, as well as getting back to the record shops (those that survived – RIP Jack’s Rhythms).

So here’s some new stuff that I got into this year:

Steve Earle: Devil Put the Coal In The Ground
I Break Horses: Silence (with sampled Moondog percussion)
Sufjan Stevens: Video Game (channeling Depeche Mode?)
I must investigate Thundercat and Run The Jewels
Bob Dylan’s gurgling problem seem to be clearing up
The vocalist with Grandaddy sounds like Bob Dorough
What has happened to Lucinda Williams’s voice?

I did make some gigs before (and after) the lockdown: 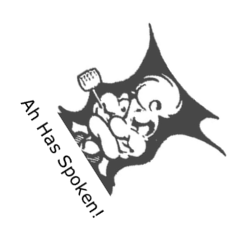