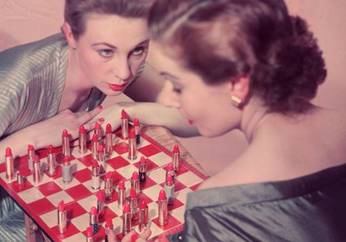 “The first word in ‘listen’ is LIST” (Paul Morley)

We travel the spaceways from planet to planet. Over and over again. For me, not much new in the way of recording artists this year, but I do like to revisit old friends, especially when they come up with good new CDs or “Vinyls” or USB devices. Oh, I do list quite a few recordings here from musicians that are “new” to me, but for the most part these artists entered my radar space due to connections with old favorites – Adrian Sherwood, Peter Stampfel, or Hudson Valley stalwarts Simone Felice, Kate Pierson, or Wreckless Eric, or they came to my attention via a great gig here in the Hudson Valley. And there were quite a few great gigs this year. My favorite development this year was Adrian Sherwood’s return to form, as far as the quality and quantity of his productions and releases. Nice things from the Dub Syndicate, Roots Manuva, Asian Dub Foundation, Congo Natty, Columbia’s Los Gaiteros de San Jacinto, and Japan’s delightfully monotonous Nisennenmondai, not forgetting On-U related acts like The Pop Group and Little Annie (advance copy of her May 2016 album). Only disappointment was the series of remastered reissues – sorry, not as good as the original pressings. Also special mention to Baltimore’s Natural Velvet featuring guitarist Kim Wingle-Donut Te, the daughter of a friend of mine – Throwing Muses fans will hear something familiar – for best packaging of the year: their “She Is Me” album comes as a lipstick-shaped USB drive: the models shown above are playing chess with some of the inventory.

My favorite gigs this year BY FAR were by Niger’s Tal National at the Half Moon in Hudson. Unbelievably intense, rhythmic, and fun. I saw them at a couple of jazz clubs as well – The Falcon in Marlboro and the Deer Head Inn in Delaware Water Gap, but those gigs were quite subdued in comparison with the Half Moon gigs. My other favorite gig was also in Hudson: Roochie Toochie and the Ragtime Shepherd Kings at TSL Hudson: a hilarious trip down 1920’s memory lane – very much in the vein of the early Bonzo Dog Doo-Dah Band (but with less testosterone). Special props also go to the Big Sky Ensemble for their series of gigs at the Rail Trail Cafe in Rosendale (when are they ever gonna release a CD so I can listen to them at home?). Another wonderful show was by the Pasatono Orquesta at Bard’s Summerscape celebrating Carlos Chavez – imagine the Penguin Cafe Orchestra playing an all-Mexican repertoire. And a long list of other great gigs: Peter Stampfel with either Jeffrey Lewis, or the Ether Frolic Mob, or even the WEEKS WORKS modern dance recital, and Gamelan Giri Mekar for OUR (ahem) wonderful performance at Gary Kvistad’s Drumboogie Festival (apres nous, le deluge), and Gamelan Banyu Wali at Skidmore, Gamelan Dharma Swara at Le Poisson Rouge. Also gotta mention wonderful shows from George Clinton, Kate Pierson, Pirate’s Canoe Club, Michael Hurley, Gary Lucas & Sarah Stiles’s FLEISCHEREI, Thomas Wesley Stern, Sandaraa at BSP, Ed Palermo’s Big Band at The Falcon, NEXUS and Elizabeth Mitchell at Maverick, Lara Hope & The Ark-Tones, Mariachi Flor De Toloache, Los Thujones at a Tin Roof session, Little Annie, Baby Gramps at the Summer HOOT, Peter Gerety at the Conklin Street Music Festival in New Hamburg, Cobu Taiko Drum Company at Drumboogie, Arto Lindsay at 2nd Ward Foundation, Bernard Fowler at Daryl’s Place, Laetitia Sadier and Deradoorian at BSP, Liana Gabel, Jeffrey Lewis & Los Bolts at BSP, Natural Velvet at the Cake Shop, Snehasish Mozumder at Quinn’s, Mamalama at Alex Grey’s Chapel of Sacred Mirrors in New Hamburg(the venue is a show in itself), and Corey Glover’s Soul Project – an amazing series of soul music celebrations at The Falcon.

BACK TO THE DRAWING BOARD
99. Roochie Toochie and The Ragtime Shepherd Kings “Recordings on Honest-to-Godness Wax Cylinder” –
great concert, album suffers because it sounds like – like – it was recorded on wax cylinders 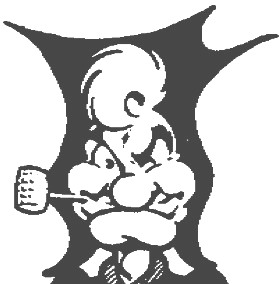