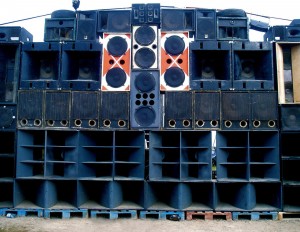 Here’s an *excellent* primer on the history of Dubstep from Joseph Lately over at The Verge. The story touches on all the key points (Croydon, pirates, MAH, cheap software) and includes interviews with British and American producers and thinkers. There is a Soundcloud mix of some of the big songs (and some non-obvious) so you can listen along. Highly recommended reading and likely to become a touchstone in journalism about dubstep.

Beyond lies the wub: a history of dubstep | The Verge.

PS. The Verge is known as a gadget/consumer electronics site, but this shows that they were not kidding when they said they were going to go further afield.